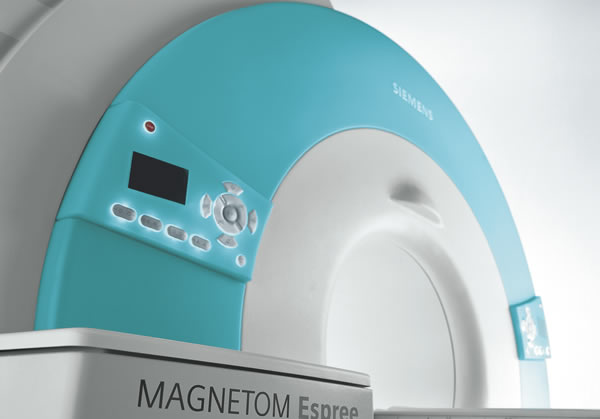 A magnetic resonance imaging (MRI) scan is a common procedure used by hospitals around the world. MRI uses a strong magnetic field and radio waves to create detailed images of the organs and tissues within the body.
The development of MRI revolutionized the medical world. Since its discovery, doctors and researchers have refined techniques so as to use MRI scans to not only assist in medical procedures but also aid in research.

What is an MRI Scan

An MRI scan uses a large magnet, radio waves, and a computer to create a detailed cross-sectional image of the patient’s internal organs and structures.
The scanner itself typically resembles a large tube with a table in the middle, allowing the patient to slide into the tunnel.
An MRI scan differs from CT scans and X-rays because it does not use ionizing radiation that can be potentially harmful to a patient.

History of The MRI

The first full-body MRI scanner was created by Prof. Raymond Damadian in 1977 and took nearly 5 hours to produce the first-ever full-body scan of a human. Dr. Ramadan nicknamed the first MRI scanner the “Indomitable” and it is currently housed in the Smithsonian Institute.2
The idea for MRI was initially conceived by Damadian in 1971 after he recognized that under nuclear magnetic resonance certain mouse tumors would display elevated relaxation times compared with normal tissues in vitro.

How does MRI work?

An MRI scanner contains two powerful magnets, which represent the most critical part of the equipment.
The human body is largely made of water molecules, which are comprised of hydrogen and oxygen atoms. At the center of each atom lies an even smaller particle called a proton, which serves as a magnet and is sensitive to any magnetic field.
Normally the water molecules in our bodies are randomly arranged, but upon entering an MRI scanner, the first magnet causes the body’s water molecules to align in one direction, either north or south.
The second magnetic field is then turned on and off in a series of quick pulses, causing each hydrogen atom to alter its alignment and then quickly switch back to its original relaxed state when switched off. The magnetic field is created by passing electricity through gradient coils, which also causes the coils to vibrate, resulting in a knocking sound inside the scanner.
Although the patient cannot feel these changes, the scanner can detect them and, in conjunction with a computer, can create a detailed cross-sectional image for the radiologist to interpret.

We are fully accredited by Accreditation Canada. CQA 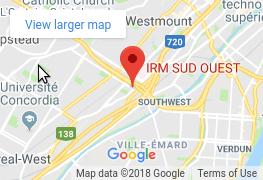